Atebubu is the capital of Atebubu Mantine District which lies in the Brong Ahafo Region of Ghana.
The municipality has more than 10,000 inhabitants. Most of them are farmers. They mainly grow manioc (also known as cassava, a tuber vegetable), cocoyam (leafy greens), maize, plantain, pepper and other vegetables. Breeding cattle and poultry for captive use is also a part of the farming activities.

Water supply is a huge challenge for the inhabitants of Atebubu. Every day, the people have to overcome 20 kilometres to fetch water from a river. They also have to pay about 3 USD for one barrel of water.

The large distance, the costs, and the hygienic situation are a huge problem.

Atebubu is one of the districts which are endangered by the Guinea worm. The Guinea worm is a parasite, that can grow several metres. It lives in human bodies and creeps through the muscles and the tissue of its host.

The situation at site is so serious, that Ghanaian tv channel aired a report on that. 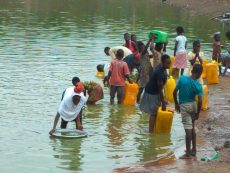 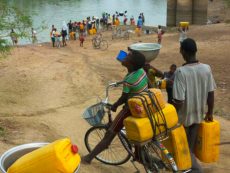 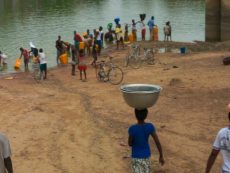 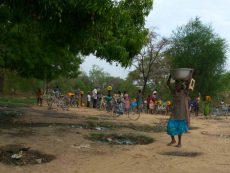