In December 2014 Bettina Landgrafe was awarded with the Marion Dönhoff Prize for International Understanding and Reconciliation, established by the weekly magazine “DIE ZEIT”.

Around 1,200 invited guests from politics, business, science, culture and the media attended the award ceremony in the Deutsches Schauspielhaus.

Kirsten Boie presented the 20,000 Euro prize to Bettina Landgrafe and her association “Madamfo Ghana”. The laudator emphasized the personal commitment of the award winner. She said that difficulties did not discourage her, but encouraged her. In addition, she said, she was putting herself in the shoes of the people she wanted to help: “You know how the people over there think and feel. People like Bettina Landgrafe, the author stressed, showed in a realistic way that solidarity can succeed on a small scale: Bettina Landgrafe’s actions are “not only deeply human”, but “in times of globalisation also deeply rational”.

In addition to Bettina Landgrafe, Hans-Dietrich Genscher was also honoured for his committment to German unity. The laudation was held by Klaus Kinkel, who emphasized Genscher’s “tremendous willpower and vitality”. With reunification he had achieved his “great goal in life” and a “political masterpiece”.

Impressions of the Marion Dönhoff Prize: 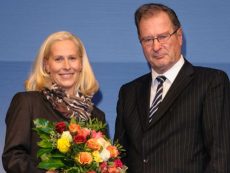 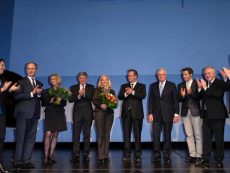 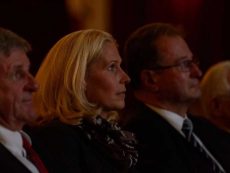 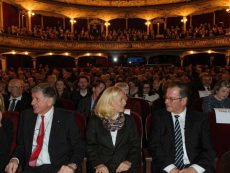 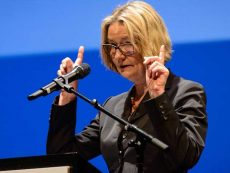